Experience Rakugo in English!
Rakugo is a traditional Japanese storytelling entertainment that has been passed on for more than 300 years. It takes a unique style, where one performer sits on a stage, and acts out all the characters that appear in the story. Some stories are classical, some are original, but they are both quite hilarious. Shinoharu, who used to live in the U.S. for seven years, makes this entertainment accessible to non-Japanese speakers and first-timers, as well as Rakugo fans who are eager to experience this art with a different twist. Please join the fun!!

*We will not be able to give you a refund in case cancellation was not made until the previous day.

＜Tatekawa Shinoharu＞
TATEKAWA SHINOHARU is a Rakugo (Japanese traditional comic storytelling) performer born in Osaka, Japan. He moved to New York at the age of eight, and since then, has spent a total of 7 years in the U.S. After graduating from Yale University in 1999, he worked in Mitsui & Co. Ltd for three and a half years. In 2002, he was so greatly impressed and inspired when he attended Shinosuke Tatekawa’s Rakugo performance that he decided to give up his corporate position to become a professional Rakugo performer himself by taking up a discipleship with Shinosuke Tatekawa.

After training in the art of Rakugo for seventeen and half years, he was promoted to “Shin-uchi” (a recognized rank for master Rakugo performers) in April 2020. He performs both traditional stories, and original stories, as well as in English to bring this art form to an international audience.

In 2011, he gave his first solo Rakugo performance in Singapore. In 2012, he was invited to the Singapore International Storytelling Festival (SISF), where he was the only Japanese performer featured. Since then, he as been performing in Singapore twice a year.

Presently, he travels around Japan and the world on a mission of bringing laughter to everyone. He has also published three books, including an English Rakugo CD book.
Since Rakugo performers choose which stories to tell on the spot, we do not know which stories he will be telling, but we’re sure that it will be a fun-filled night! Please come and enjoy the world of Rakugo! 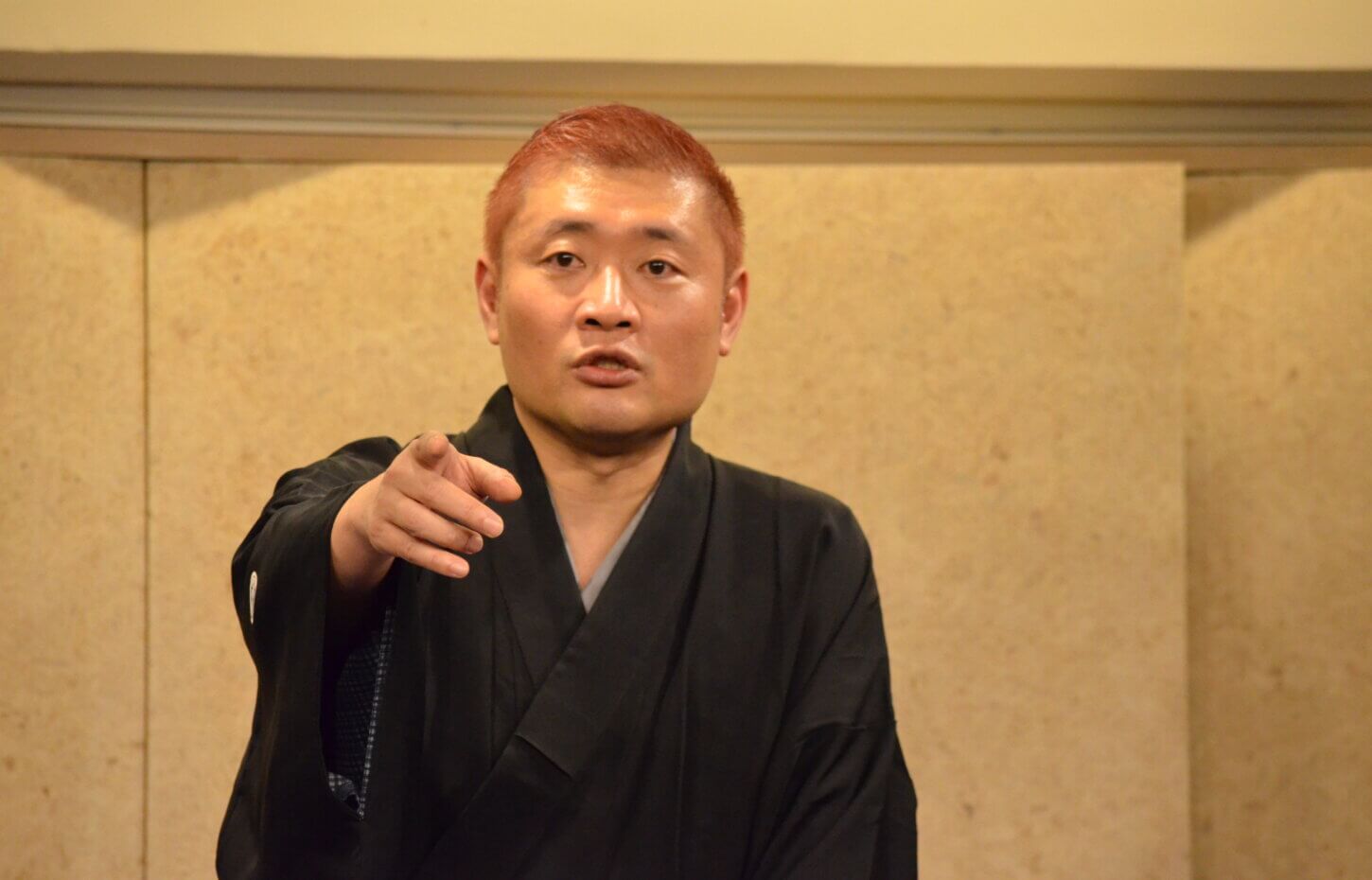